A picture speaks a thousand words

They say that a picture says a thousand words.. and it does... really.. One picture can save a thousand words of descriptive text which at the end of the text can leave many different images in our mind because we all relate a written description to our own unique imagination and interpret it differently. If we in turn look at an image there is nothing that can be misconstrued or misrepresented... or is there? 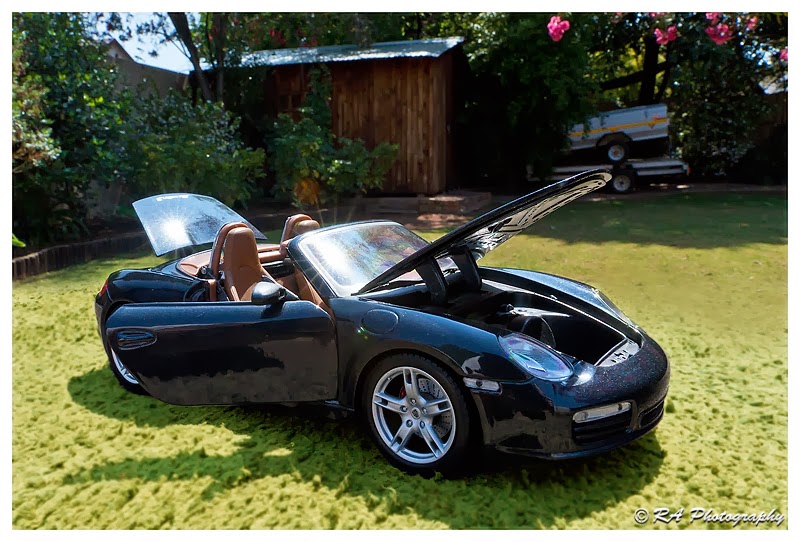 Well summer has finally arrived and so off I went and got my Porshe Boxster out from storage. Now you must understand.. men and their cars.. well, that's a story all on it's own. I love this car and have been the proud owner for several years now. I will even let you into a little secret.. the mileage is exceptionally low and the insurance premiums even lower...

I posted this image on some photo groups on Facebook and got some comments like "I'm jealous" and "wow"...

BUT... is everything what we really see the truth? Do I own a Porsche Boxster? Hell no! Would I like to? Of course!! So where did I get this Porsche from? I cannot tell a lie, directly from my showcase. What? you might say, you keep a Porsche in your showcase? Well actually I do.

Now this is where the "trickery" comes in. This photograph was not manipulated or "Photoshopped" as many would put it. It is very much as I shot it. I will admit I had to slightly change the colour of the grass under the Porsche because I didn't have the patience to match it up with the grass in the background when I shot the image. Other than that, it is exactly as I shot it.. 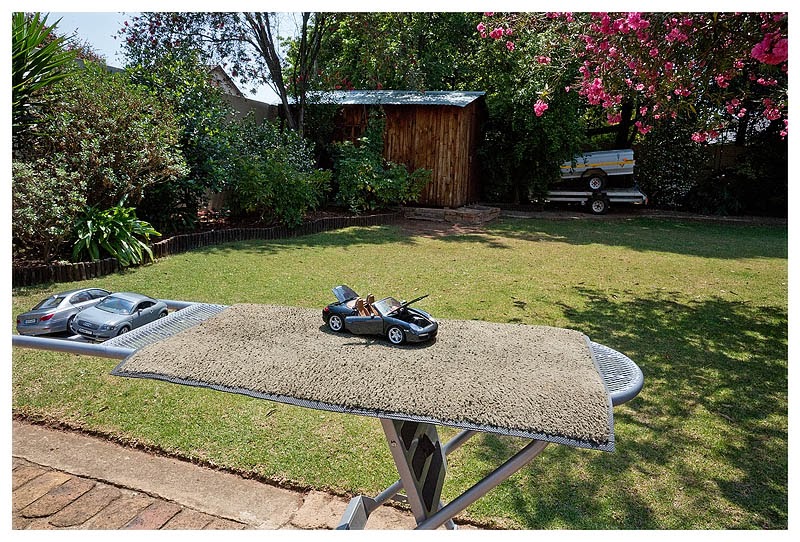 Aha.... well there you go. The secret is out the bag! I don't own a real Porsche but indeed do own a scale model replica of one. So by using a photographic technique called "Forced Perspective" I was able to achieve an out the camera real image of what seems to be my Porsche in my front garden. This technique has been around since just about the advent of photography and I'm sure has been used many many times to fool the viewer!


So does a photograph speak a thousand words? Yes of course it does.... but seeing isn't always believing is it?