I recently spent some time in and around Cape Town and on one cloudy afternoon found myself heading south towards the small town of Kommetjie.

Kommetjie (Afrikaans for "small basin"),  lies about halfway down the west coast of the Cape Peninsula at the southern end of the long wide beach that runs northwards towards Chapman's Peak and Noordhoek. The village is situated around a small, natural and rocky inlet that resembles a basin. The area is a popular spot for surfing because of the powerful waves from the Atlantic Ocean that rise up over rocky reefs formed by hard sandstones of the Table Mountain Group. I ventured on to the Southern part of the town and followed the sign boards to the Slangkop Lightouse. The clouds were very heavy and I was imagining the dramatic images that I might be able to capture. I parked and headed over the wooden walkway towards the sea side of the lighthouse and I had timed it perfectly. The tide was out!

Now Slangkop is the tallest cast-iron tower on the South African coast. It was installed on the 4th March 1919 and stands 33 metres high. The tower looks out over the surfers, fisherman and divers and over the years it has served its purpose steering ships around the dangerous rocks and hidden reefs. Slangkop was established as a result of a commission appointed on 29 September 1906 by His Excellency, the Honourable Sir Francis Hely Hutchinson, Governor of the Cape of Good Hope.
The height of the focal plane is 41 metres above sea level and the light has a range of 33 sea miles and has four flashes every 30 seconds. The lighthouse is now fully automatic and receives its electricity supply from Cape Town Municipality and has a standby diesel alternator in event of a break in the mains supply (or Eskom loadshedding)

I navigated down the rockery slope and onto the rock bed (which might I add was exceptionally slippery, leaving me finding myself smack onto my butt a few times). There was a lovely contrast of colours between the colours of the rocks, the green moss like growth and the reflections of patches of blue sky in the water puddles. I set the tripod up and started shooting, often changing positions for different viewpoints and compositions. 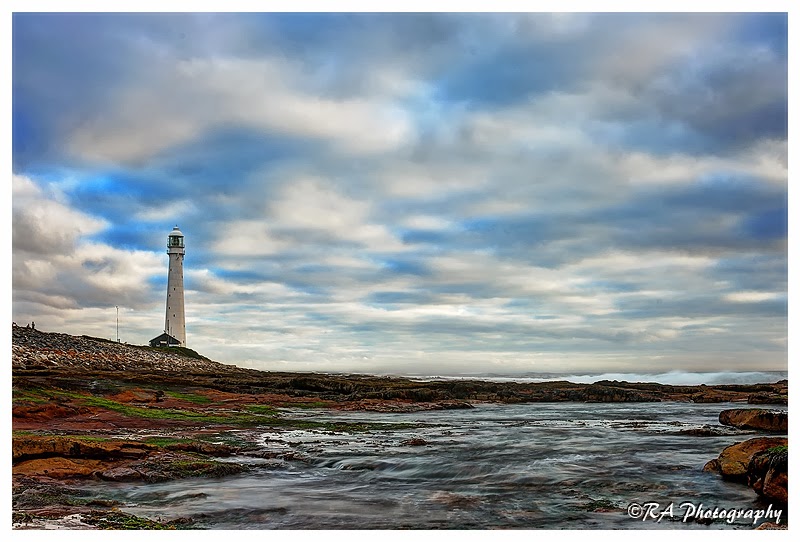 The light was constantly changing due to the movement of the clouds and being close to sunset, the colours were changing as well. No two images were going to be the same. 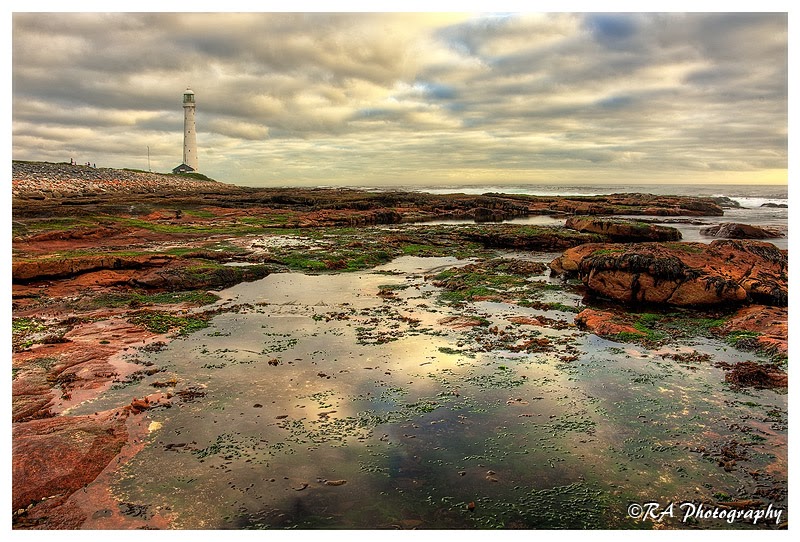 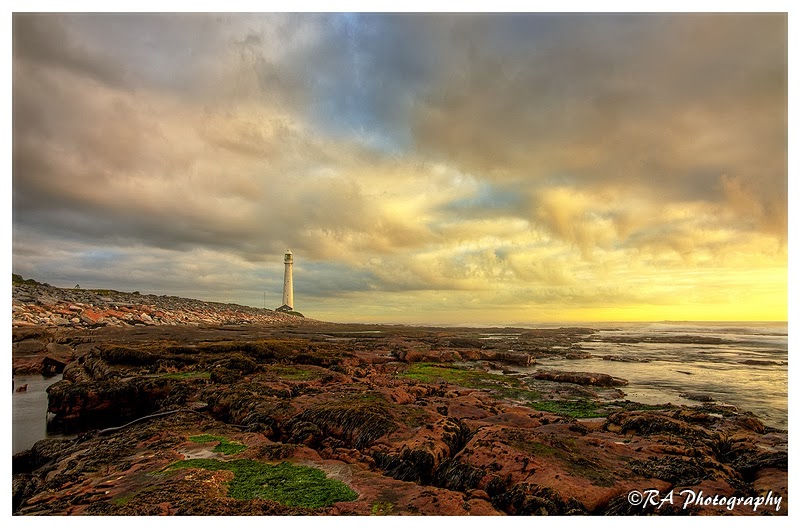 After I had captured enough images I went back up to the wooden walkway and the light had changed quite dramatically again. 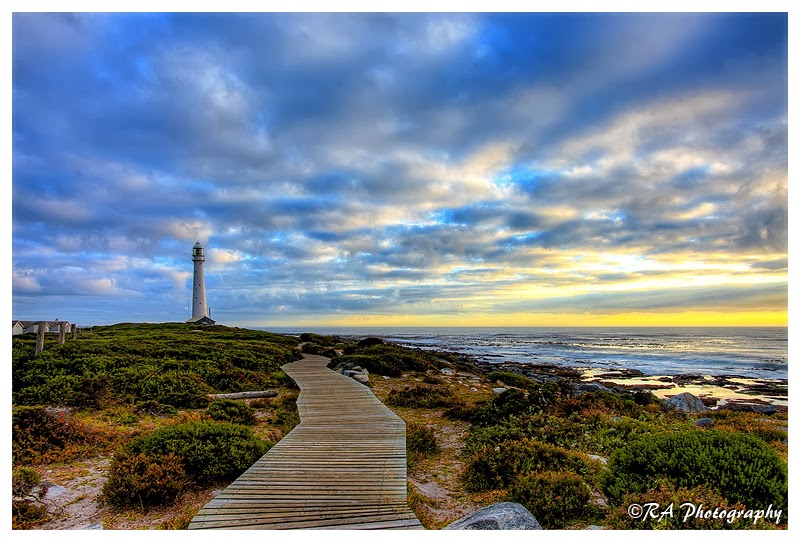 In between the lighthouse shooting the sun had set and I had turned and managed an image or two. 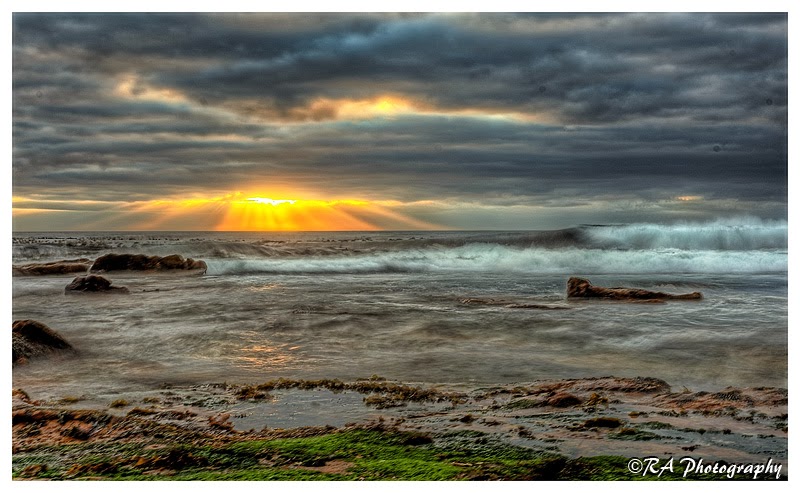 I stopped for one last lighthouse image on my way to the car park to round off a very successful afternoon. 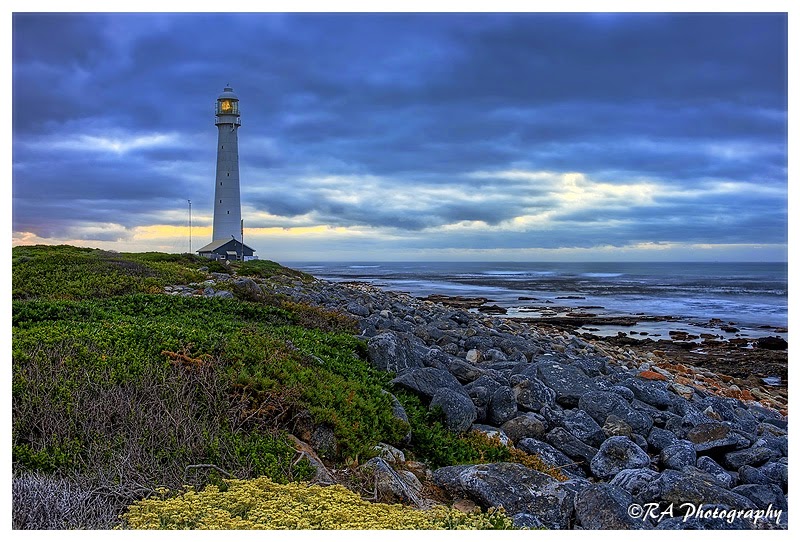 Posted by Robbie Aspeling at 12:03 No comments: