I was recently honoured to be able to photograph Val and Sammy Sampson on the occasion of their 50th Wedding Anniversary. What a wonderful achievement for this lovely couple. 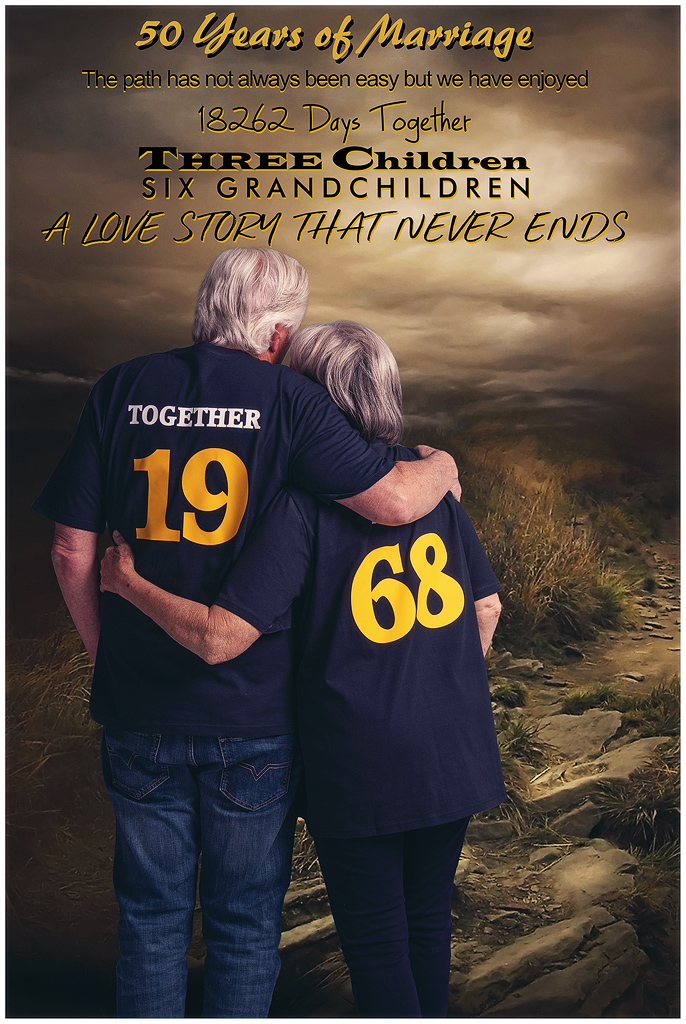 I asked the couple to share a few words of their story with me.

Val and Sammy were living in Gwelo, then Rhodesia when they met in 1966. Sam was in the Royal Rhodesian Air Force and Val was a nurse. On a social date with another air force guy at their sports club, Val saw Sammy entertaining a crowd with his jokes. He  later came across and introduced himself to Val and that was it,  fireworks! They married on 29.06.1968 in Salisbury and have been blessed with a beautiful family. They later opened a pet shop and built a fish hatchery where Sam bred tropical fish, suppling not only V & S Pets, but also other pet shops throughout the country. He became a judge at the fish club there too.   Sadly water rationing prevented them from continuing with the breeding so they then moved to Kariba with their cabin cruiser boat where they caught mainly Tiger fish and Val learnt to pickle it for the table. It was on Lake Kariba with its wild beauty that they learnt to really appreciate nature. With 2 of their children being schooled in S.A. they decided to move to Johannesburg end of 1984.

Some wise words from the couple "Being close does not always prove that agreements are met,  but an open relationship and a good sense of humour go a long way to ones happiness and  appreciation of one another"

52 years later and they are still together. Time spent with each other right now is very precious as one cannot predict the future. 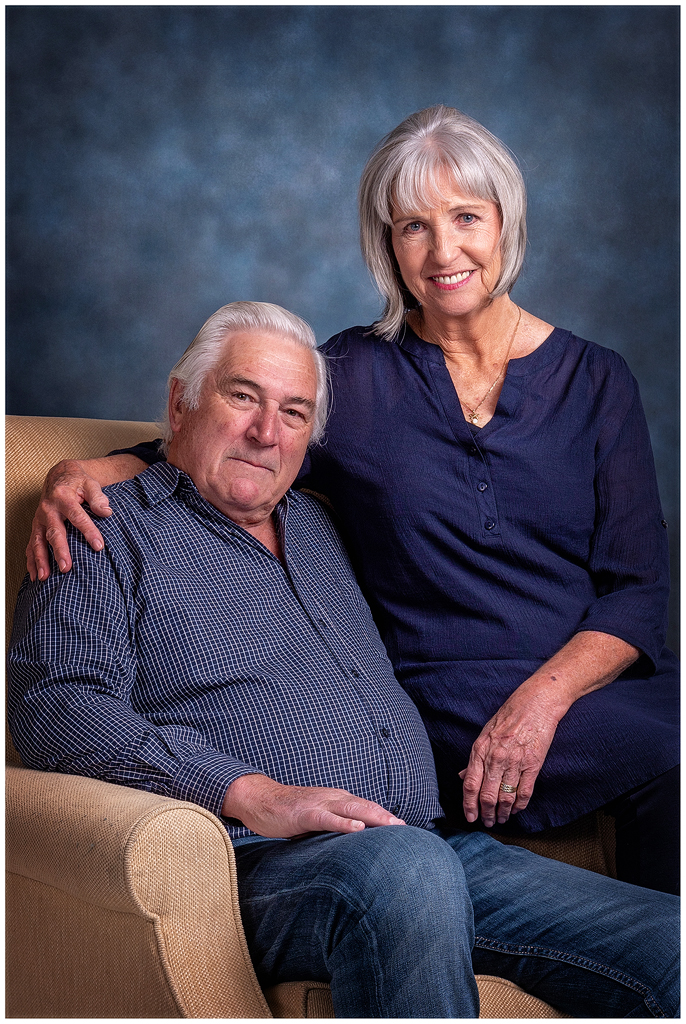 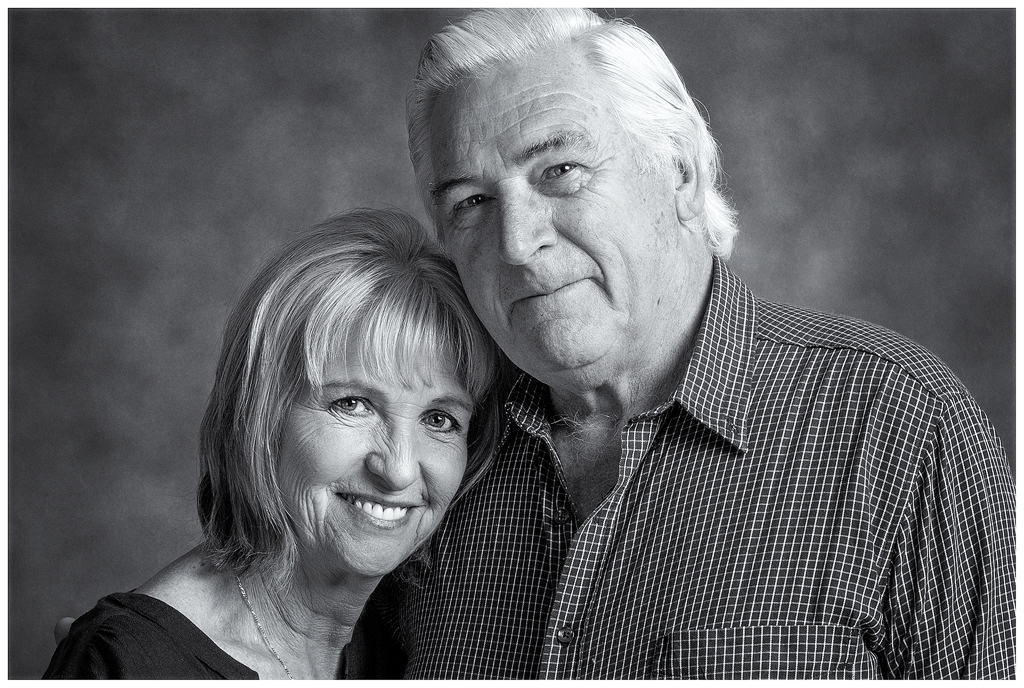 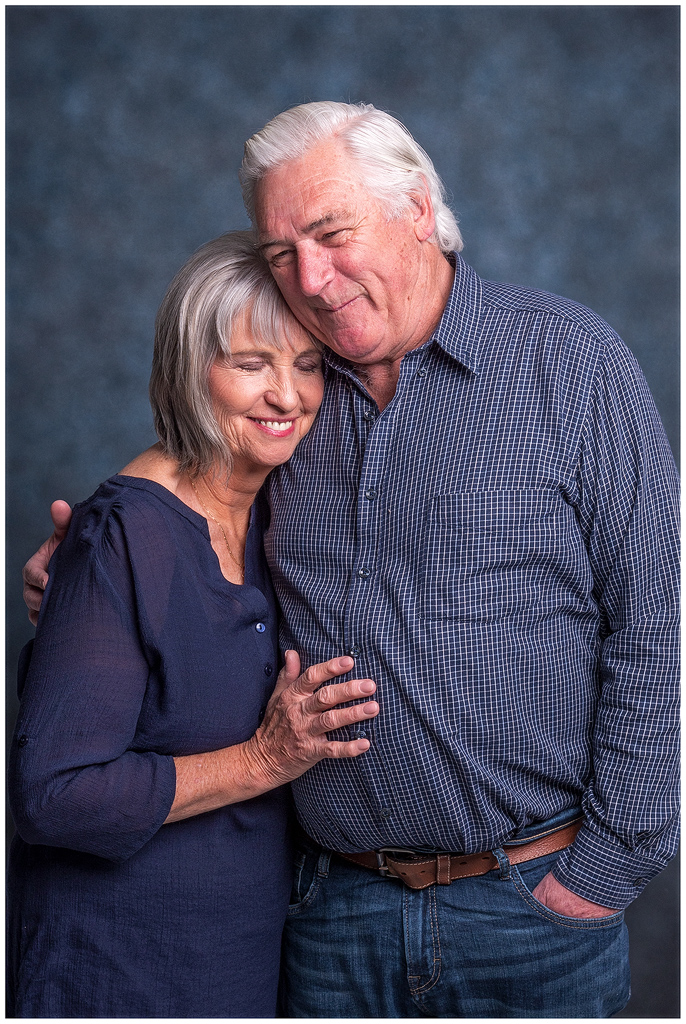 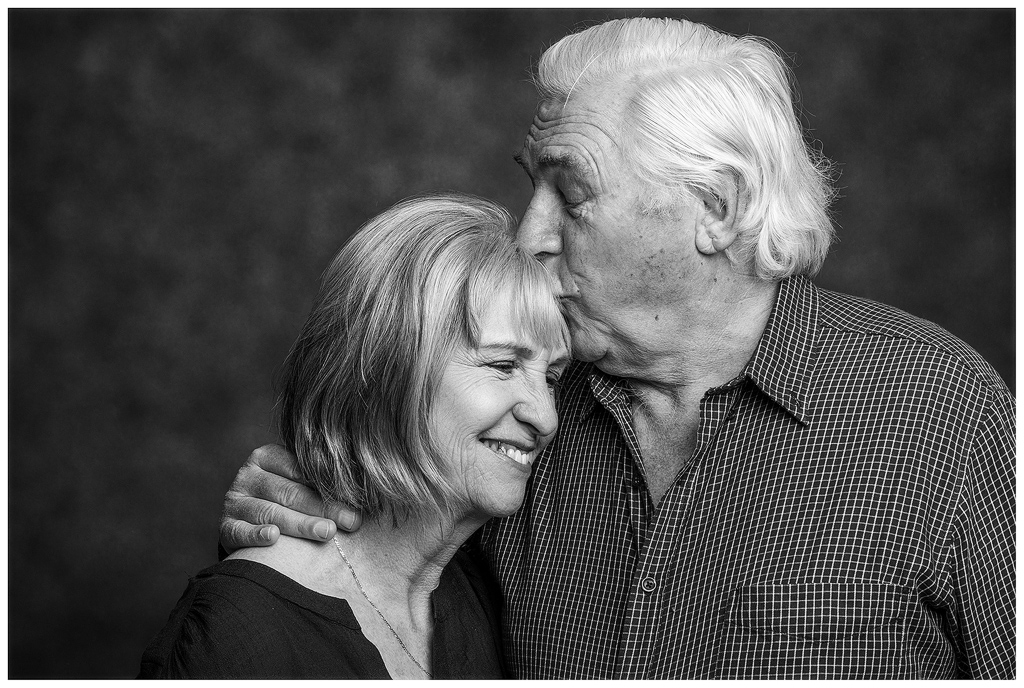 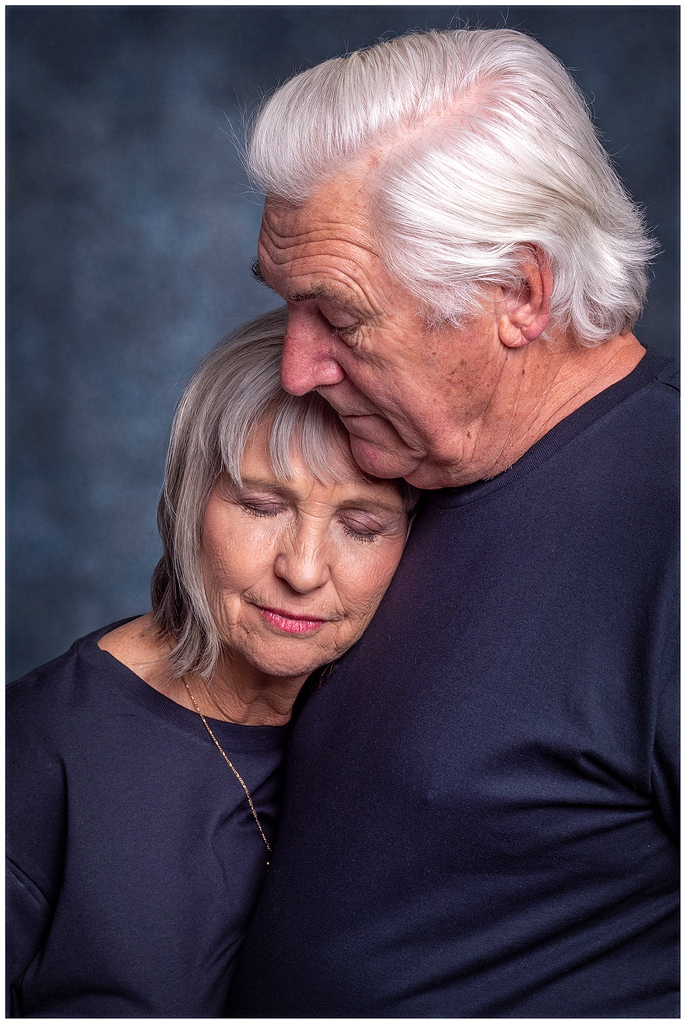 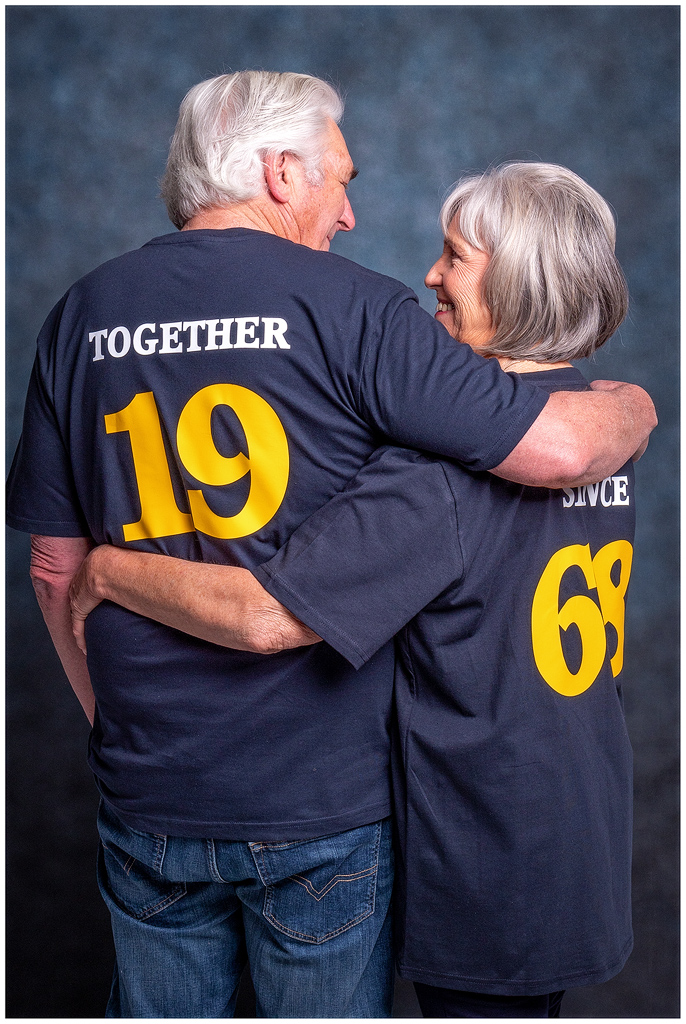 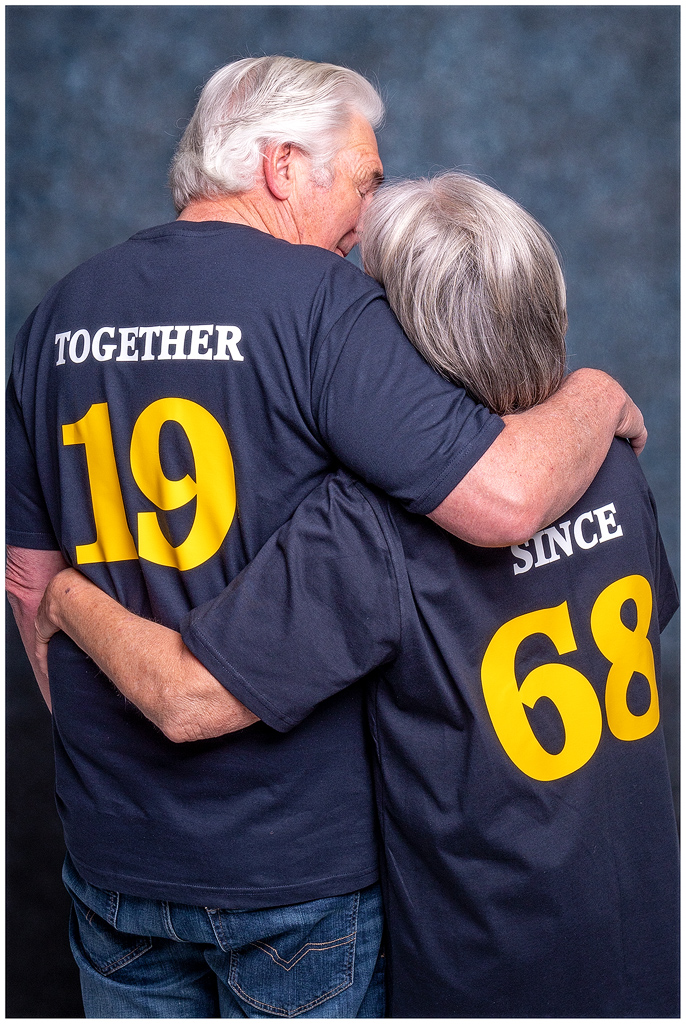 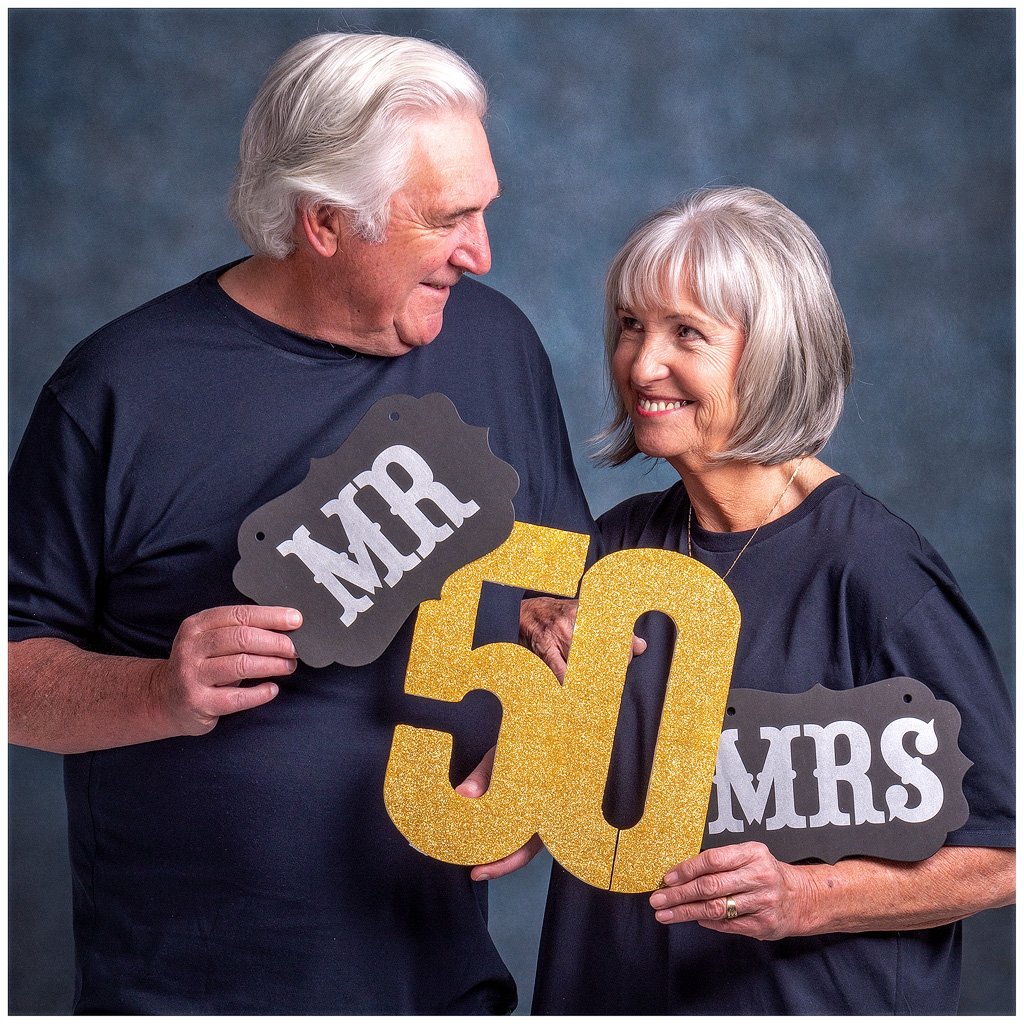 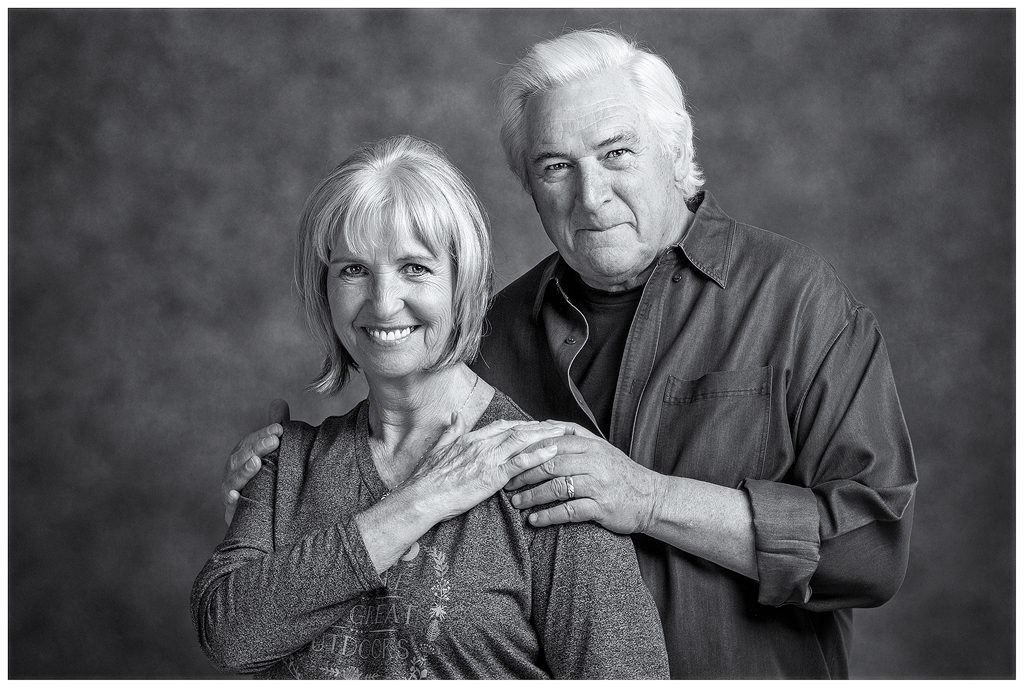 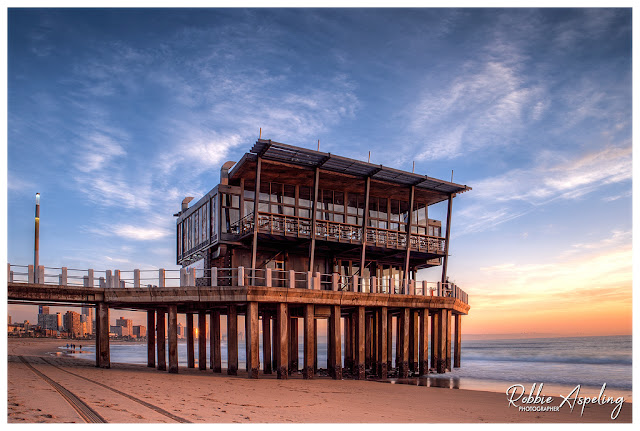 If you are a local Durbanite then the Moyo Pier is a well known landmark on the far right hand side of Durban beachfront. It is situated right in front of uShaka, home of the unique Durban Aquarium.

The pier is quite unique in terms of having the Moyo Restaurant situated on top of the end of the pier. It is a building that few believed would ever be built. Even from the start it was always going to be a long shot getting environmnetal, municipal, coastal, heritage and local town planning approval. When the project finally got the green light they had 5 months for design development, documentation, tendering and delivering the building. A real tribute to the professional team.

The site is environmentally sensitive. The pier is a structure to service the well-points located below the end platform of the pier. Any contamination of the sea here would pass directly into the aquarium at uShaka and endanger life there. Strict environmental controls were enforced. The structure and components of the building are light-weight, prefabricated and the ground floor (apart from the structure) is removable for the scheduled servicing of the wells.

As far as photography goes, this is a definite favourite with the local photographers especially at sunrise. If one stands on the Durban city side of the pier, the sun rises behind and around the pier which makes the pier an awesome subject for early morning photography. I'm not a great fan of shooting images of subjects that have been captured a zillion times but recently found myself down on the beachfront wanting to capture a sunrise over the sea. There is a lot of development going on with new construction of a massive complex happening just behind the pier. The whispy clouds gave promise to some lovely colours and I set up to start shooting.

I shot a few different compositions but being me, I don't stand still for long and move on to capture the next shot. I try looking for different to the norm angles so move quite fast so as not to lose the light. Standing under the pier I placed the camera slightly to the right of the pier and used the pier on the left hand side as a lead into the image. 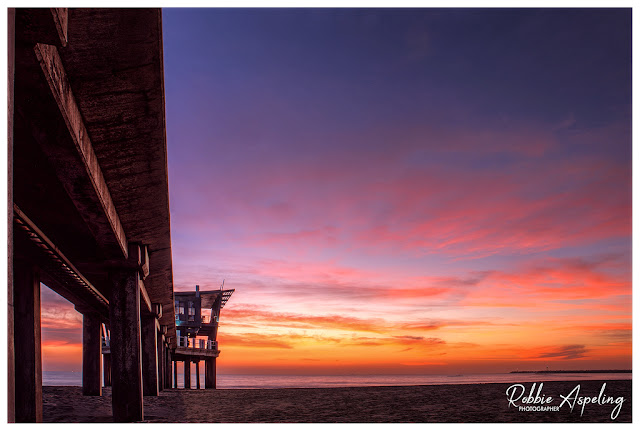 As I was shooting this image a canoeist walked past me with his canoe and I instantly hoped that I could incorporate him and his canoe into my sunrise shot. I quickly picked the tripod up and followed him down to the waters edge. He set his canoe down and proceeded to ready himself to head out to sea. I grabbed the opportunity and set the tripod up slightly behind the canoe, composed the shot and fired away. 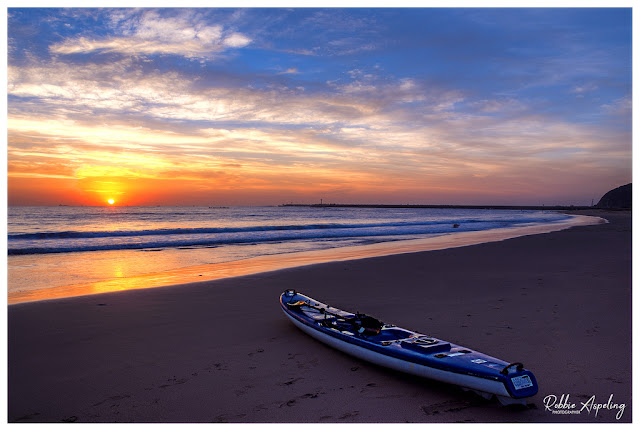 The sun was lifting it's head above the horizon now and the day had began. The canoeist picked up his water craft and headed out to sea. I waited a few moments until he was just about to climb into the canoe and started shooting. 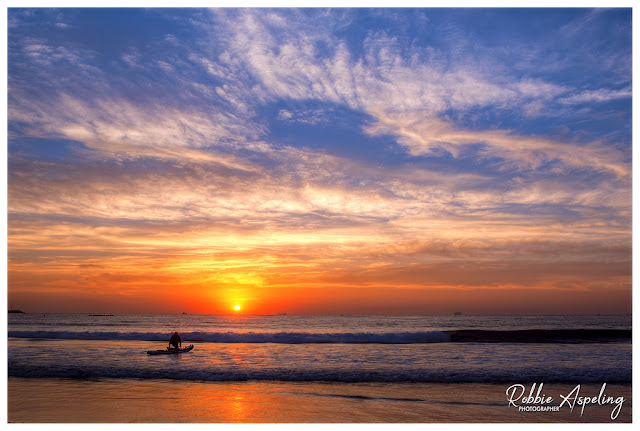 I had set myself up to get the rising sun on the bottom left third and he couldn't of positioned himself better for my shot. I was very chuffed with what I saw in my viewfinder. The beauty of using mirrorless cameras is the live view viewing and focusing giving one that instant review in the viewfinder.

With the canoeist on his way out to sea and the sun rising fast I quickly moved back to under the pier and tried a different type of shot. I had never seen a shot of someone shooting the sunrise through the pillars of the pier and I wanted to try get this shot. It was low tide so I could go down quite far towards the end of the pier. I added some ND filters to the front of the lens and positioned myself to the composition that I wanted and then set the camera so that I would have a long shutter speed to show some movement in the water. I also positioned the camera so that the sun rays were protruding through the pillars giving me a beautiful sunburst. I was very happy with the resultant image. 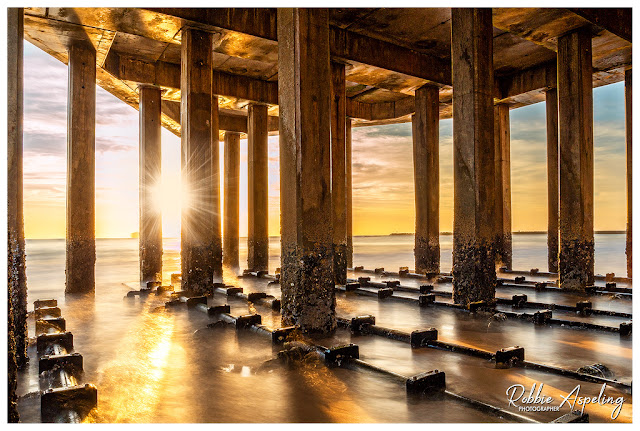 The lapping water showed as if it was a gentle stream under the pillars and the colours were just as I wanted. I had captured the sunrise under the pier as I hadn't seen before with the pipes on the ground looking slightly submerged and all pointing out to sea. Soaked from the occasional wave of water catching me unawares, I decided it was time to head back to the car park where the famous coffee guys would have some hot cuppucinos to warm up the freezing innards. I looked around and saw the Golden Mile all lit up with the early morning light so set the tripod down, changed to a wider angle lens and then composed my shot. 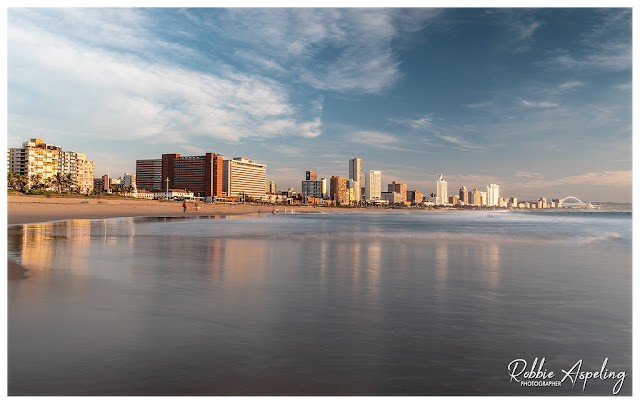 Being right under the end of the pier gave me quite an expanse of water being washed towards the beach in front of me. Once again, using the ND filters, I managed some nice slow shutter speeds which gave the water that lovely smooth look. The beach was alive with activity and the slow shutter speeds introduced some blur on the moving people and subjects. Happy with this shot I picked the tripod up and started heading off to the car park. That hot cuppucino was calling.

About half way to the car park I casually turned around to glance at what was happening behind me. mmmmm… Another shot perhaps? Oh hell, the cuppucino could wait a few more minutes. Tripod down, camera set and presto, another image! 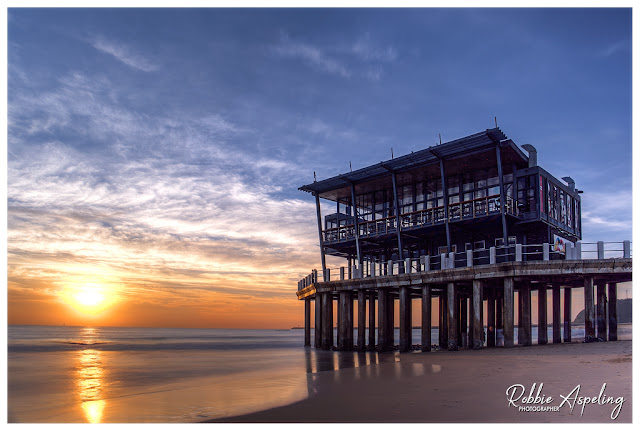 With this last shot in the bag, I was happy that I had had a successful early morning shoot. the weather and clouds had played along. The colours were lovely and I had my shots.
Posted by Robbie Aspeling at 22:40 1 comment: