I have been rather involved in other projects and workshops the last few weeks so haven't got round to keeping my blog very up to date. I am currently in Durban and this morning started out like so many when I am in Durban with a trip to North Beach to catch a sunrise and then shoot some of the local surfers.

I arrived a while before sunrise and got the camera ready. Light changes dramatically in very short spaces of time with the best light generally being before the actual sunrise. I always try and capture something of interest in my sunrise images but if you know North Beach, then you will understand that this is not an easy task. There are no rocks nor interesting features so I had to make to with what was available.

The first image was about 20 minutes before sunrise. The sky had started to glow and the colours were appearing. I tried a few different compositions and I quite liked how this one turned out. The little permanent umbrellas added to the ambiance, albeit that they were a little skew. 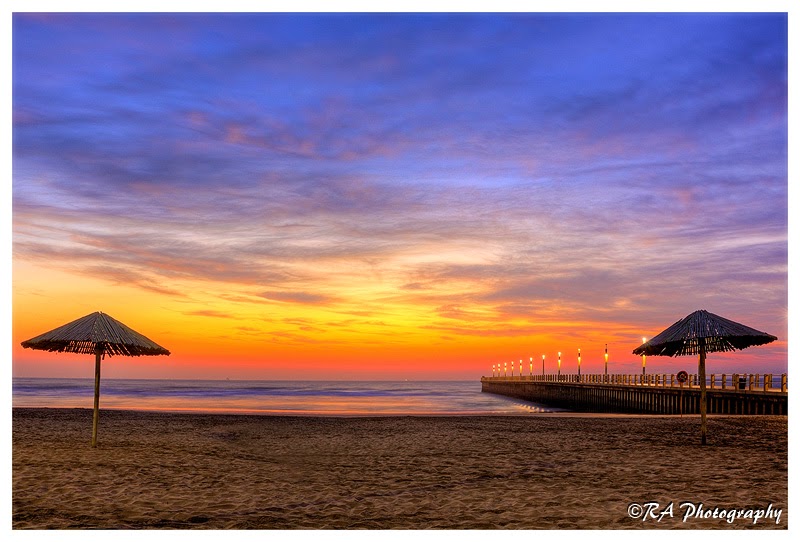 I carried on shooting for a while and the light constantly changed. I also repositioned myself for a more open view of the sea with just the pier leading me into the image. The sky had lit up with a pink glow that was dappled on the interesting cloud patterns. The sun was about to show it's self and that golden glow intermingled with the pink made for a lovely textured sky. 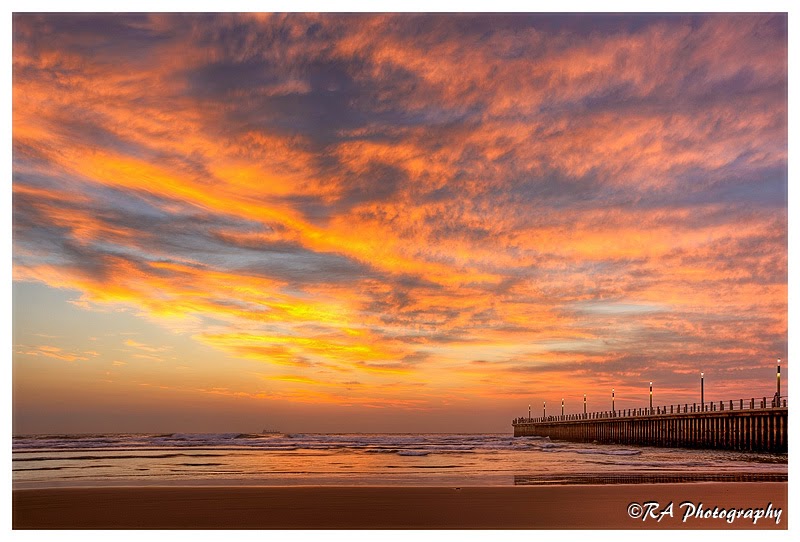 I shot quite a few more shots during the half an hour or so and was then ready to take on the surfers. I walked back to my car to change cameras and lenses and when I returned some 10 minutes later the wind had picked up and was howling. The sea had become very choppy with white caps covering for as far as the eye could see. I had met up with a few photographer friends, and some new ones to and we decided that photography was out and coffee the in thing. It was during this coffee time that one fellow tog mentioned that there were some lovely new wall murals that had been painted by Cape Town artist Faith 47 down at Warwick junction and of course, this became our next subject for the lens.

As part of a cultural program of the 25th World Congress on Architecture  Faith47 was invited to paint six giant walls in South Africa.  The six walls, located under the main freeway overpass are situated in four giant supporting columns over looking the Early Morning Market in Warwick.

The artist explained:
“The paintings are portraits of actual traders in the area. Perhaps the Inyanga looks like an everyday person, he is not dressed in a traditional manner signifying his vocation; its true to life. We don’t always know who someone is when we see him or her on the street, but there is a great wealth of stories hidden within each of us.”
“The atmosphere of Warick triangle is wild and chaotic, allot of people are scared to even venture into that area.This is a potent high energy zone which really reaches the people on the street. I needed to dedicate these walls to the individuals who work there, to the strength and importance of informal trade within our economy.  it is the people of warick who have made it so alive.The architecture truly belongs to them.”

Four of us ventured off in search of these columns with the murals and after a nerve racking hour or so venturing through this intimidating part of Durban, we came across these beautiful, enormous murals. I was really impressed with the magnitude and the fine detail in every art work.

We only reached the actual murals mid morning and by now the sun was harsh with some harsh shadows falling diagonally across some of them. I was not going to venture down to this area again for the forseeable future so I decided to shoot them anyway as their magnitude and beauty would still be clearly visible. 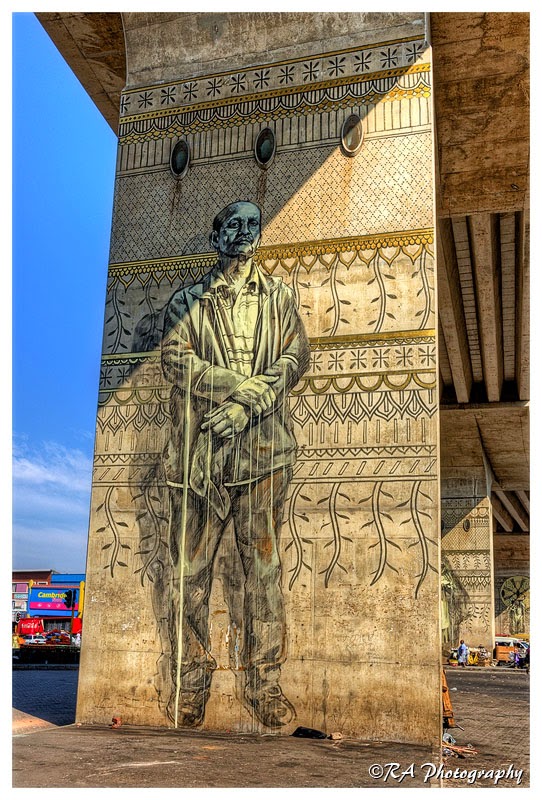 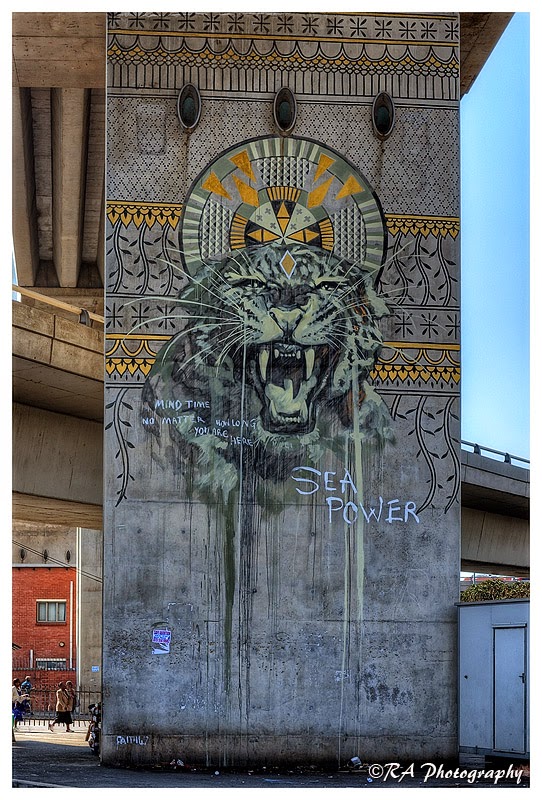 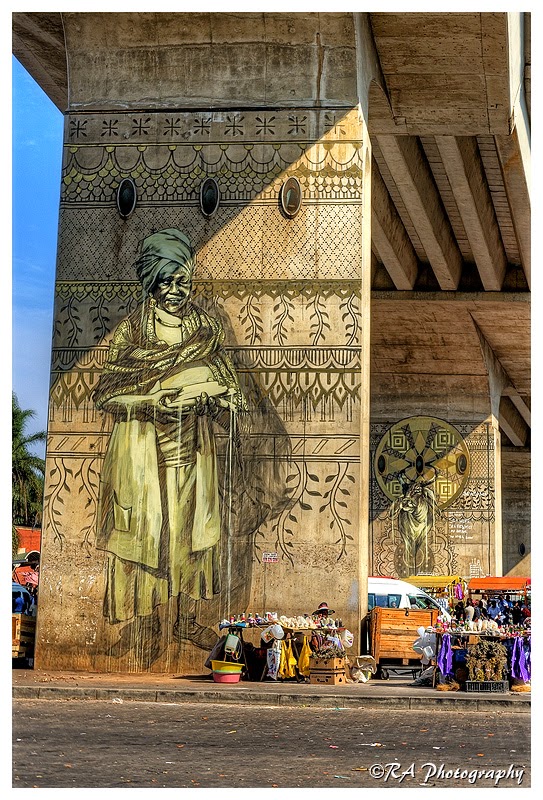 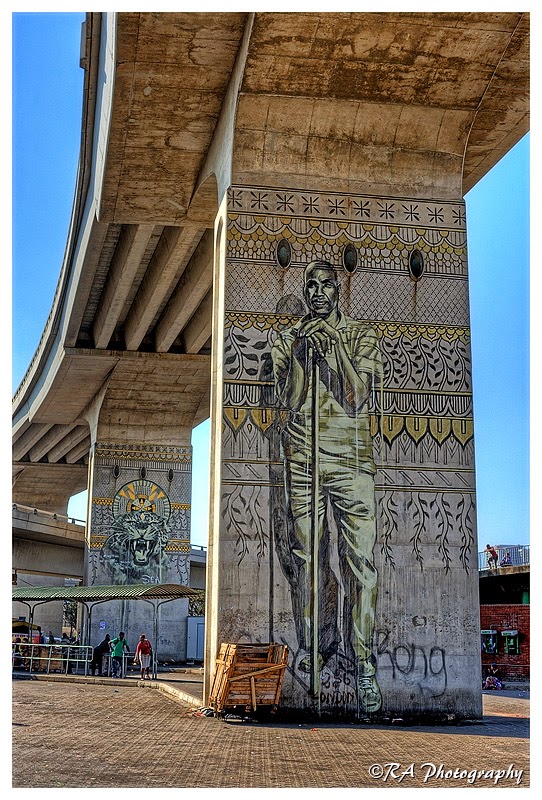 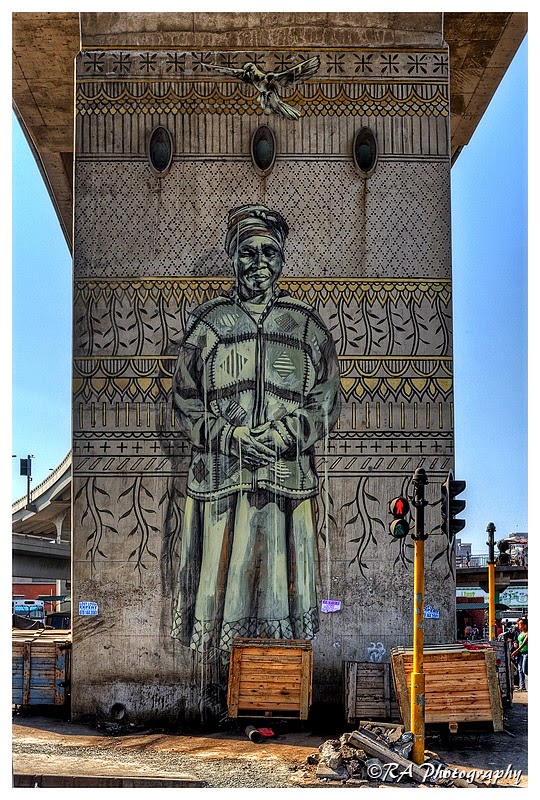